(See Ecclesiastes 4:12) — This tool facilitates average Christians becoming more effective in the spiritual battle, yet with only a 2-3 minute a day time commitment, and getting together, for coffee, or lunch, etc. at least once a month (with two new, or old, friends of your gender).  The PrayerCord tools have also been adapted to be used with small groups, new or existing.

When used with mixed gender small groups it is necessary to have the two genders meet separately once a month, for at least 15 to 30 minutes.  With the exception of breaking out the two genders once a month, PrayerCord tools can very easily be incorporated into already existing small groups.  However, if people are not already in a small group, “PrayerCords” of three (3) have some significant advantages versus SPI Small Groups.  PrayerCords can be used formally, or informally.  Once a basic PrayerCord has been established, over time, members of Cords can voluntarily move through progressive levels of advancement. 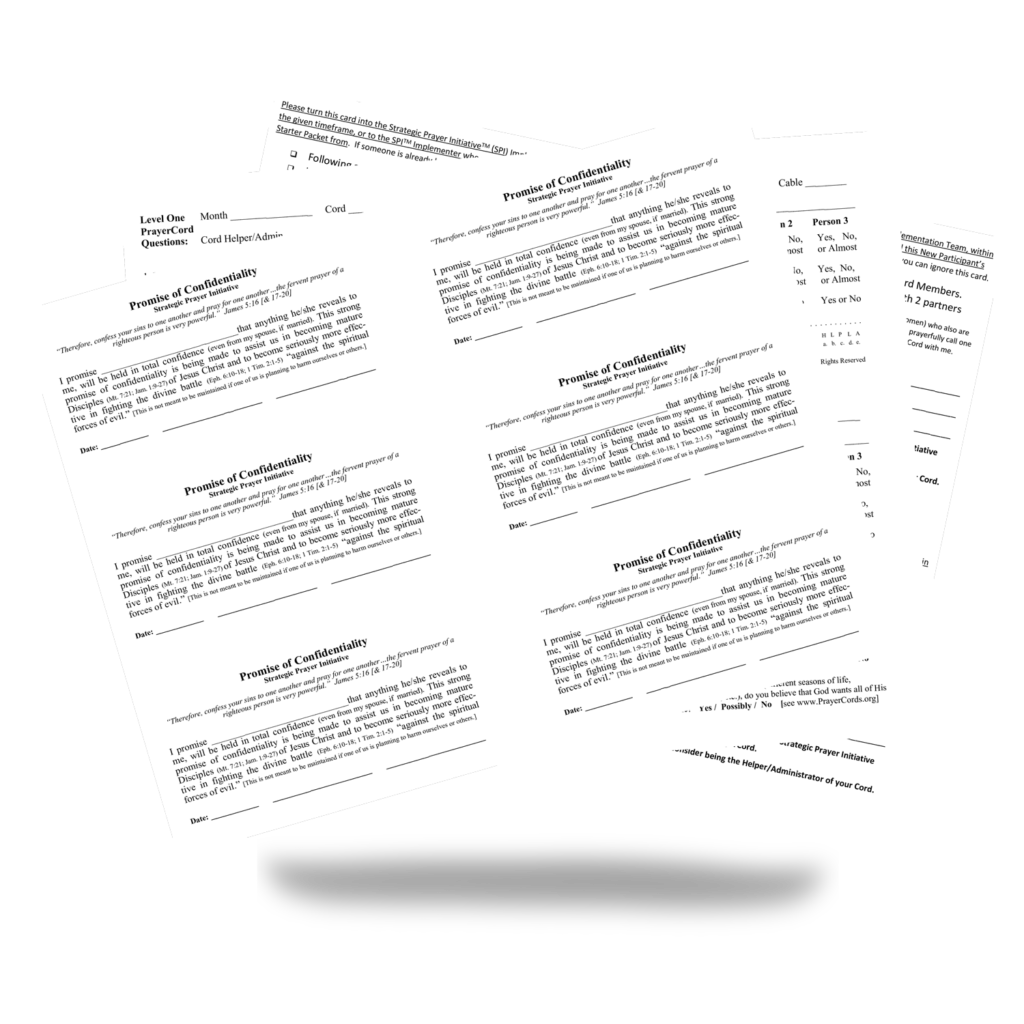 When you download Prayer Cord Tools, you’ll receive printable masters of: a brief summary, and quoted endorsements.  Additionally, you will have access to masters for, Group Sign-Up Cards, Confidentiality Cards, the Blue Card, the Yellow Card, the Long-Yellow Card, and a two-page detailed summary.